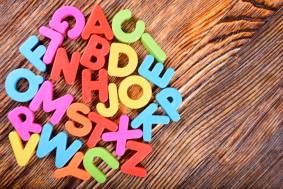 One year after its launch, NLPPeople analysed the hundreds of job ads that had been published on its website during that time. In a blog post we discussed the supremacy of the US in NLP jobs, the imbalance between industry and academia, among other other striking patterns. Almost three years later it’s time to take a fresh look at all the job ads we’ve collected so far, to try and determine how the NLP job market has evolved.

Some things don’t change, of course: like three years ago, most of the jobs that are advertised on NLPPeople are located in the US or the EU. However, the power balance between these two regions seems to have shifted. In 2012, the US was responsible for over 50% of all job ads. Since then this figure has dropped every year, and in 2015 the US represented only 34% of all jobs. The EU, by contrast, has seen the opposite evolution: starting from 29% in 2012, it represented 50% of all job ads in 2015. Obviously, because the job ads on NLPPeople are not selected from all available jobs at random, the shift that we see here need not reflect the real situation. It may simply mean that NLPPeople has become much more popular in the EU than in the US in recent years. At the very least, however, the strong performance of Europe points to a wealth of available NLP jobs in that part of the world.

When we zoom in on individual countries, some additional patterns emerge. Within the EU, the United Kingdom is the clear frontrunner with 800 job ads. That’s more than the next three countries, Germany (328), Ireland (228) and France (208), combined. Relative to country size, Ireland in particular has been very successful at attracting multinationals, creating academic NLP jobs at universities and research centres, and founding startups and spin-offs. Outside of the US and the EU, India is an NLP powerhouse with 238 postings, followed by Israel (111), Canada (89), Singapore (60) and Japan (46).

Another interesting power balance is that between industry and academia. NLP has always been a promising domain for practical applications, so it’s no surprise the majority of the jobs advertised on NLPPeople are in industry. However, since 2012 the proportion of jobs in academia has increased steadily. Whereas academia accounted for less than 10% of the jobs in 2012, this share has grown to 32% in 2015. These numbers should again be interpreted with caution, but it’s clear academic interest in NLP is pretty strong indeed.

Still, the balance between industry and academia varies considerably between different regions. While academic job postings take up almost 35% of all postings from the EU, in the US fewer than 10% of the jobs are academic. This difference was already obvious in 2012, when we attributed it to the available EU funding for research into language technologies on the one hand, and the strength of the US industrial market on the other. Nevertheless, the proportion of academic jobs has increased in both regions year after year: from 23% to 41% in Europe, and from 4% to 16% in the US.

When we focus exclusively on industry, it’s obvious NLP plays an important role in various types of corporations. The companies with the most job ads on NLPPeople can be classified into five broad groups. First, there are the big software firms that use Natural Language Processing to support their diverse product offering: Amazon, Google, Microsoft, IBM, eBay, Intel, Oracle, LinkedIn, Facebook and Apple. Then there are four translation and localisation companies: Appen, Lionbridge, SDL and VistaTEC. These typically rely on multilingual language technologies. Next, three companies produce full-fledged NLP software: Nuance (speech technology), Artificial Solutions (virtual assistants) and Systran (Machine Translation). Finally, there are two media companies, Bloomberg and Thomson Reuters, and one consultancy company: KPMG. It’s clear most of the companies that post repeatedly on NLPPeople do not focus on NLP exclusively, but use it as a technology to support their products or services. The real NLP firms, which develop a product with NLP at its core, are very active relative to their size, but tend to be rather small.

In addition to the regions and institutions, we took a look at the programming languages that are mentioned in the job ads. Three languages stand out: Java (193 mentions), Python (146) and C++ (114). Of these three, the popularity of Java has been fairly stable, while that of Python is growing strongly. In 2015 it even replaced Java at the top of the leaderboard. Matlab (49) and Perl (35) follow at a respectable distance, with the latter in a downward trend. For people interested in landing a job in NLP, this ranking can serve as a guide to discover the most useful programming languages in this field.

If we take all these findings together, our fresh analysis of the job ads in the NLPPeople database suggests that the NLP job market has become significantly more diverse in recent years. From a US- and industry-dominated domain, NLP has evolved to a field that is attractive to both industry and academia, in various parts of the world. There appears to be no shortage of opportunities for job seekers in NLP, whatever their particular ambitions or interests.