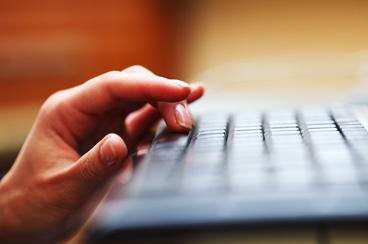 Machine translation: what is good and what is bad

Machine translation is one of the most known and demanded NLP applications that thousands of millions of people use on a daily basis. At the same time, the voice of criticism by professional translators is clearly to hear. We asked several translators with MT experience about limitations of MT and in which areas MT providers and translators can help each other to have a better MT experience.

Machine translation is one of the most known and demanded NLP applications that thousands of millions of people use on a daily basis. At the same time, the voice of criticism by professional translators is clearly to hear. In this post, we summarize feedback from translators collected by a German MT provider and understand what they like and what they do not like when post-editing machine translation output.

We pre-selected some examples demonstrating prominent errors for different language pairs and tried to analyze why statistical MT engines make these mistakes and what can be done to fix them.

MT output: Residing, over 90% of professors is not from the Computer Science

Post-edited output: At times over 90% of professors are not from a Computer Science background.

Issue 1 is explained by the lack of data used to build the system. The statistical model underlying the machine translation mechanism does not provide enough statistics to the engine to find adequate translation for the word “zeitweilig”.

Issue 2 is more interesting: MT engines usually operate within a relatively narrow window of words that did not allow them to select a proper English verb form according to the German verb “kamen”. The latter appears five position ahead of “Professor(inn)en“ that made the verb-noun dependency statistically unreliable. So, the engine preferred to take decision from the word “nicht” and surrounding context. However, uncertainty (from a statistical point of view) of the word form “Professor(inn)en” led to wrong translation “professors is not”.

The MT engine could not realize that it has to add “background” after “Computer Science”. These situations are quite difficult for MT and can be resolved only using extra clean data to enhance the system.

One of the components of any MT system based on statistical principles is a language model of the target language (Spanish, in this example) controlling the fluency of the output. In this case, the imperfection of the model led to the wrong translation without “214” after the word “la página”. This error is relatively easy to fix involving more monolingual information in the target language to improve the quality of the language model.

Some of the errors reported by translators have already been corrected in the current version of the MT system and will never be seen again. Others will require more time, data and development effort to be fixed.

We hope this blog post will give you a better understanding of MT processes and will help you understand which research and development areas of MT can be promising to focus on in the near future.