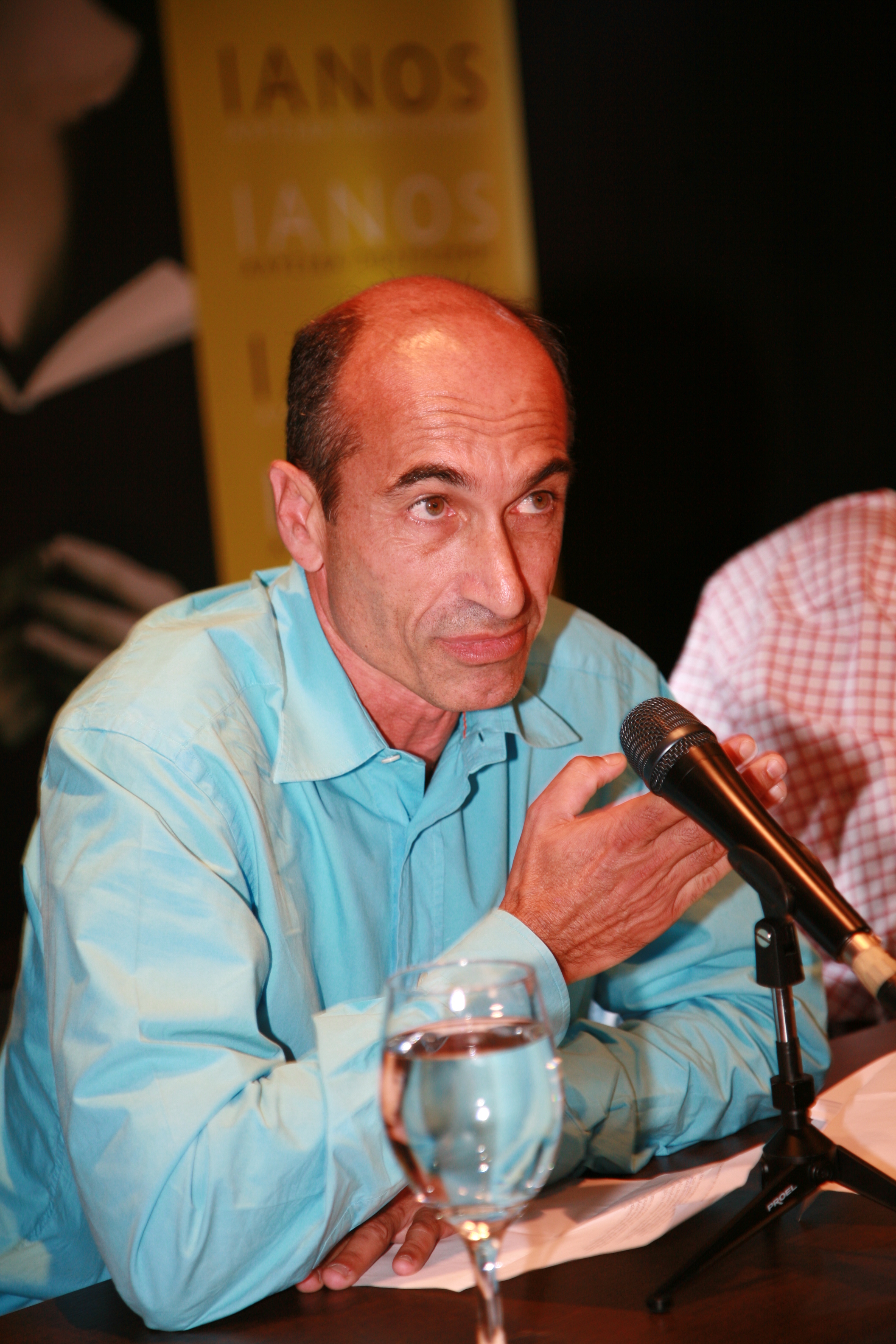 Rodolfo Maslias is Greek and studied languages and law in Greece, Germany, Spain and Luxembourg. He worked as translator at the European Parliament since 1981 and since 2008 he is heading the Terminology Coordination Unit. He taught translation at the Ionian University of Corfu and Multilingualism and Terminology at the University of Luxembourg. He was Head of Cabinet of the Minister of Culture in Greece, cultural advisor to the Mayor of Athens and Secretary General of the Network of European Capitals of Culture. He is member of the European Cultural Parliament.

Please tell us about your career and your current responsibilities.

I joined the European Parliament in March 1981 as a translator in the Greek Unit, immediately after my postgraduate studies in languages. I worked in the Greek Unit until 2008, with two interruptions for two-year secondments to public posts in the cultural field in Greece and a parallel position as Professor of Translation and Terminology at the Ionian University of Corfu. In 2008 I was asked to set up a new unit to coordinate the terminology work done in the 23 translation units and to represent the European Parliament in the context of interinstitutional cooperation on the management of the European terminology database IATE.

Over the last few years, European Parliament has made a huge investment in language technologies. Do you think this tendency will continue under the European crisis conditions?

Especially in this period of crisis, language technologies need to be more widely used and developed. The European Union institutions possess the largest linguistic structure in the world, with some 5 000 translators dealing with 506 official language combinations, who translate thousands of pages using a huge translation memory in 24 languages and an interactive multilingual terminology database containing more than 10 million terms. It would be a terrible waste of resources not to use the best technology available in order to respond to changing needs in this era of communication and globalisation.

What is your vision of language technologies in Europe? Do you think that the multilingualism will continue to be one of the primary targets for European Union?

Multilingualism is one of the cornerstones of European integration. It is one of the democratic rights of the representatives of the 27 – soon to be 28 – peoples of the European Union, and to me it is also a cultural right of EU citizens and an integral part of the diversity of European culture, which I consider to be the soul of Europe. Although, of course, we use a common language of communication – and pivot languages for translation – in order to make the European legislative process more efficient, citizens will always have the right to use their own language, since European legislation becomes the national legislation of each of the Member States. I would even add that regional languages will become an increasingly important issue, since protecting them as a cultural asset is also one of the EU’s primary objectives.

How can you describe the interconnection between academic research and the needs of European Union? In other words, do you think that European graduates have the same set of skills and knowledge you would like them to be have?

New academic topics in the field of linguistics and translation, such as computational linguistics, terminology and e-lexicography, provide European graduates with very advanced skills. Cooperation between universities (through programmes such as Erasmus), multilingual curricula and enhanced global communication also offer the young generation excellent skills. One of the biggest advantages of our unit is that it can add to the knowledge of the numerous trainees and young researchers who come to the Terminology Coordination Unit on traineeships or study visits.

What is your advice to the recent graduates (masters and PhDs) looking for a job at governmental organizations? What the graduates should be prepared for and what can they expect?

Rather than governmental organisations, I would prefer to talk about intergovernmental or international institutions such as the United Nations and the European Union. The young people who come into contact with us and our work are fascinated by the opportunities for international teamwork, the huge size of these organisations and the high importance of their work. As an illustration, suffice it to say that every three months we have to select six trainees from among more than 1 500 candidates from all the Member States for traineeships in terminology. If these young people subsequently secure a job in such an organisation, they will have to follow the slow and cumbersome procedures of public administration and cope with the constraints imposed by the complicated and strict rules needed for such huge structures, while at the same time making the most of their own knowledge and creativity.

What is your opinion on the near future of machine translation and NLP in general? Which research directions and development areas will grow in the next few years?

All the European institutions are already using CAT tools and cooperating in using the best machine translation systems and adapting them to the very specific needs of the EU, which possesses the world’s biggest linguistic machine. Such cooperation is a wonderful challenge, involving testers from all languages, with different specialisations, who intervene at different stages of the European legislative process. We are also cooperating in the area of terminology, giving very careful consideration to ways of providing translators with reliable solutions via the integrated workflow and translation tools they use. It is very important that the solutions should be flexible and capable of adapting to the vertiginous development of language technologies.

Could you give us some examples of terminology tools and services that are provided to the translators via the European projects and other means?

The greatest service we provide is of course the IATE database, which covers more than a hundred domains and subdomains and is constructed – often with the use of macros to facilitate data entry – by the thousands of translators as they translate, and managed by the terminology coordination units of ten institutions via an exemplary cooperation arrangement that allows consolidation, completion of languages, definitions and references, elimination of duplicates, and communication and feedback, along with a validation process enabling most of the entries to be added to the public version of the database, which receives an average of 3 600 hits per hour from all over the world. We also provide a collection of links to highly specialised glossaries compiled by the various EU institutions and relating to the topics translated, as well as pre processed terminology folders created on the basis of cooperation with Parliament’s political bodies. Thanks to this cooperation we receive advance warning of the texts to be sent for translation, enabling us to carry out term extraction in advance and to provide translators with terminology tables in parallel with the text for translation allocated through the workflow system.

Can you tell us about your collaboration with Universities around the world?

The Terminology Coordination Unit has launched terminology projects in conjunction with specialised university departments. Students receive a template enabling them to create IATE entries under the supervision of their terminology lecturers , which are then validated by our terminologists. This project is still in a pilot phase, having started with five universities (in Bulgaria, Belgium, Italy, Latvia and Luxembourg). Our relations with the academic world are supported by our website, which has attracted more than 150 000 users since it was launched in mid-2011. This semester we also instituted cooperation with the University of Luxembourg, which has included a module on terminology management in the curriculum for its masters programme ‘Learning in a Multilingual and Multicultural Environment’. Lastly, since our unit’s inception it has organised very successful and much appreciated seminars on ‘Terminology in the Changing World of Translation’, inviting university lecturers and other prominent speakers from the world of linguistics. In early 2014, the next seminar in this series will focus on ‘Terminology in Academia’.

Konstantinos Chatzitheodorou, worked as Machine Translation Expert at the European Parliament’s Directorate-General for Translation (DG TRAD) in Luxembourg. He holds a BA in Italian Language and Literature and MSc in Informatics. His Master’s Thesis focused on optimization and evaluation of Machine Translation. Currently he is pursuing his PhD in Computational Linguistics. In the last years, Konstantinos has been also involved as researcher in several EU projects on Computational Lexicography and Terminology.