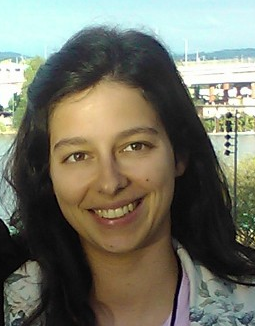 Talented researchers and developers come to NLP from different backgrounds. Recently, we interviewed one of the most promising young researchers working in the field of machine translation who used to study oriental languages at the earliest stage of her career.

When I first entered the university, I studied oriental languages.

At the end of my first year in Venice, I moved to one of the biggest language schools in Europe (INALCO, Paris) where I obtained a bachelor degree in Arabic and Turkish.

During those years I also had the chance to study some Indian languages and became more and more enthusiastic about the great language diversity that exists in the world. Unfortunately, I also realized that I couldn’t make a living from just learning new languages, so I decided to enroll in a master program in Language Technologies that was organized by the same institute. At that time, I didn’t know anything about NLP, but I immediately liked it.

Later on, I chose to become a researcher and I did my PhD in Statistical Machine Translation (SMT) at Fondazione Bruno Kessler and the University of Trento (Italy). Most of my PhD dealt with word reordering, but I also enjoyed working on several side projects about morphology, domain adaptation and speech recognition.

At present, I work as a post-doctoral researcher at the University of Amsterdam and the main goal of my research project is to improve surface realization in SMT.

I discovered a completely different way to study and use linguistic knowledge.

At first I was sceptical, but then I became more and more intrigued by statistical methods and the possibility that they tell us something about language that even the rules made by linguists may not reveal.

Of course I had to study a lot to compensate for all sorts of knowledge that I hadn’t previously acquired, such as advanced programming and statistical learning.

On the other hand, my knowledge of different linguistic systems and my early experience as a human translator greatly helped me to understand the challenges of SMT.

In traditional machine learning approaches, expert linguistic knowledge is needed to make hypotheses on which kind of rules or features can be useful for a particular task. Then, statistical models learn which particular rules are more useful by a try-and-error procedure. ­On the contrary, unsupervised approaches try to mimic how humans comprehend, mentally represent, and produce language in the real world.

Having said that, I think the statistical NLP research community can still learn a lot from the field of linguistics. The existing formalisms and annotation tools should not be overlooked, but rather considered as a precious base for semi-supervised learning and as a source of intuitions to improve statistical models.

So far most SMT research efforts have focused on translating from various languages into English and have largely neglected the challenges of translating into other languages.

I’ve just come back from an excellent Dagstuhl seminar dedicated to SMT into morphologically rich languages. Given the richness of the research community I witnessed there, I expect there will be a number of interesting advances in this direction soon. Actually I plan to contribute to this area myself in the near future!

Fierce competition is the first thing that comes to my mind. SMT is a prosperous field compared to many other research fields, but there is still a lot of competition. Just as we speak, brilliant minds around the world are working hard to solve the very same problem. Thus, one has to get used to the frustration of realizing that a new great idea may not be new at all.

Finding a postdoc position in SMT wasn’t too hard for me, and my impression is that many good groups in Europe can’t easily find good candidates. If you’re a recent graduate in this field you should take your chances and directly contact the people you’d like to work with, instead of waiting for a job announcement.

Concerning the academia in general, one has to deal with the uncertainty of ever getting a permanent position. And of course, being prepared to relocate internationally – with all that implies in terms of personal life too – is a must.

In summary, you should definitely be passionate about your topic before you decide to have a research career. If you are convinced, then some of the greatest working time of your life may be ahead of you. After all, I can’t easily think of a job that would give me more gratifications than this one.

Arianna Bisazza is a post-doctoral researcher at the University of Amsterdam, specialized in statistical machine translation between distant languages. She obtained her PhD in Information and Communication Technologies from the University of Trento, Italy, in 2013. Her research interests include word reordering, morphology and domain adaptation.

One thought on “Interview with Arianna Bisazza”